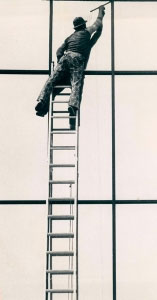 As the CDM Regulations 2015 are set to come into force on 6 April 2015, our head of building surveying, Kerry Sutherland explains what this means to Project Professionals:

The aim of the new regulations is essentially to simplify the original 2007 regulations and replace the approved Code of Practice with targeted guidance.  The HSE have introduced the need for key role holders to demonstrate specific skills and training rather than ‘competence’ which was widely deemed to be too vague for most Clients to be expected to assess.

Perhaps the main change is the replacement of the ‘CDM-Coordinator’ with the ‘Principal Designer’, a role that could perhaps be held by an Architect, Engineer or even Project Manager (PM) / Contract Administrator (CA) as the regulations’ definition of designer extends to encompass these activities.  On small to medium sized projects, this may not signify significant changes to the way projects are managed as many PM’s and CA’s have been performing the role of CDM-C for many years.  However, this is less often the case for Architects and Engineers who may now be assuming this role and need to demonstrate a wider understanding of the regulations and more importantly, the management of health and safety during the pre-construction phase of a project.

The Client’s role is becoming more encompassing with the duty of notification now landing on their shoulders.  However, since the regulations have been extended to incorporate domestic projects, the role of Client, in this instance (domestic projects) is usually transferred to the Contractor or Principal Contractor, or in some instances the Principal Designer.  As in the 2007 regulations, the role of Client for Commercial Projects cannot be delegated.  The terms under which a project becomes notifiable have also been amended slightly but the main change here is that domestic projects will be notifiable in the same way that commercial projects are.

Since the wider view of the industry was that the majority of CDM-Coordinators were not adding value to a project, this may all be good news to Clients and other Property Professionals alike.  However, it remains to be seen how effective these changes are on reducing bureaucracy whilst continuing to minimise health and safety incidents on site – surely the main objective of these regulations.