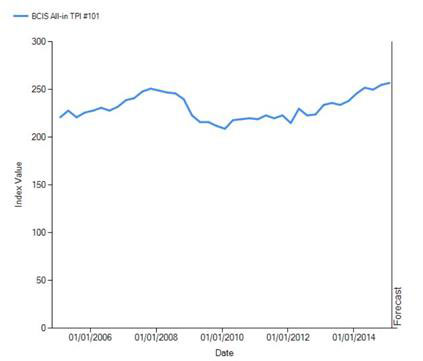 It has been widely documented that the industrial sector on the South Coast is suffering from a dwindling supply of good quality space which is leading to rental growth as robust demand continues from manufacturers, internet retailers, and urban logistics occupiers.

According to the IPD monthly index, UK industrial rents increased by 2.9% in 2014, and the industrial sector remains best placed to provide growth going forward, and this has spurred renewed interest in new industrial development.

Nationally, industrial construction output (factories and warehouses) picked up strongly in 2014, albeit from a low base in 2013. Growth of 12% was recorded for 2014 and a further 27% is predicted over the next three years to 2018. The warehousing subsector will lead this growth, being closely correlated to growth in the economy, consumer spending and internet shopping.

Along with recorded and predicted rental growth, we have seen a significant yield compression on well let multi-tenanted industrial estates, with such assets as Endeavour Park, Southampton trading at just over 5% NIY. 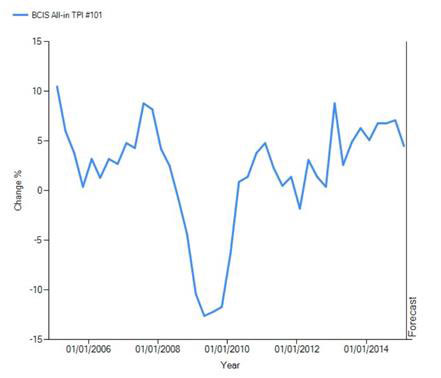 With all this good news, landowners should be rubbing their hands with glee and expecting commercial site values to rise, but there is a significant fly in the ointment that may disappoint many – build costs.

We may now be standing tall on the shoulders of a recession that saw the demise of a number of national contractors such as Rok, Connaught and John Laing Partnership and looking across a cityscape of more prosperous times.  However, this is not without its own challenges.  Figures reported by the Building Cost Information Service (BCIS) have shown tender prices for new build industrial premises soaring to over 50% more than pre-recession prices in some cases.  The all-in tender price index shows that generally, following the pre-recession peak at the end of 2007, costs dipped by around 17% in first quarter 2010.  Forecasted prices for first quarter 2015 show a recovery from this slump exceeding these pre-recession prices by over 2%.

This may not be surprising as diminished competition is driving contractors to be more selective and many are reporting difficulties in securing skilled labour and sub-contractors at competitive prices.  This is despite the global reduction in the price of oil and a 5.5% reduction over the last 12 months in the world-wide price of steel which is often a key indicator of overall construction costs.

In real terms, these changing costs are shown on the table below:

Typically, build costs will account for circa 50% of total development costs, whilst land costs will only be circa 25%. It is easy to see therefore why even in times of rising Gross Development Values, site values will potentially remain static.