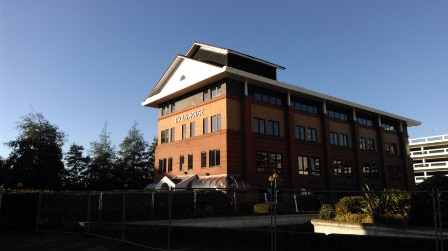 The building which was formerly occupied as a whole by Barclays Bank underwent an extensive refurbishment in 2014, and the two available floors within the building have been let within 12 months of each other.  Your Move – one of the UK’s leading high street estate agency brands - is part of the LSL Property Services plc Group which also has Reeds Rains and other brands such as Intercounty under its banner.  It was the call centre operation – that supports these brands – that has moved within Southampton to occupy the new offices and from where its teams will continue to support the estate agency branches across the UK.

Jason Webb, Director at Hellier Langston said: “Ocean Village has always been very attractive to office occupiers, with its modern buildings, good car parking, and proximity to the waterfront and its associated amenities.

The area has continued to improve in recent times with Allied Developments’ Admirals Quay scheme and its iconic 26 storey tower which is now one of the major landmarks in the city.

With Nicolas James Group now on site building out the Southampton Harbour Hotel and Alexandra Wharf scheme which is due to finish by summer 2017, Ocean Village will soon be complete, and will offer an unrivalled business environment.”

Your Move, who were advised by Nik Cox, Director, Hughes Ellard, have taken a new 10 year lease.