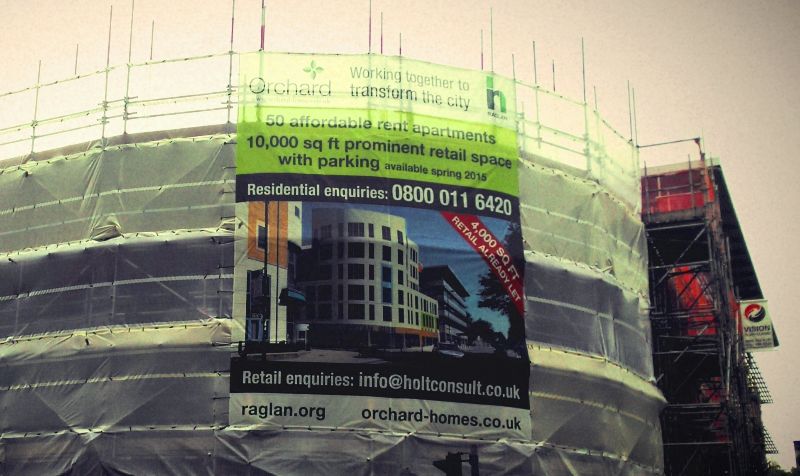 It has now been well over a year since the Coalition Government introduced Permitted Development Rights to convert offices into residential use. According to an Estates Gazette survey (10/01/2014) there were more than 2,250 applications for change of use nationally from office to residential in the first six months after this change was introduced.

In Southampton this trend has continued, with a further 23 applications in the year to date. Of these, 3 have been refused, however the remaining 20 which have been approved or are as yet undecided represent some 90,000 sq ft (8,360 sq m) of office accommodation which will potentially be lost in the city.

Vacancy in the city centre currently stands at circa 435,000 sq ft (40,600 sq m) against a total stock of circa 2.9m sq ft (270,000 sq m) – 15%. This is a decline from 17% last year, but still way above the early 2000s where vacancy rates were generally 5-10%. The further loss to residential permitted development will of course reduce this vacancy rate further, but unlike in previous economic cycles, there is little sign of any new build offices to replace this dwindling supply - over the same period in 2014 there have been no applications made for further office development within the in the city.

In its The Core Strategy Partial Review (CSPR) which is expected to be adopted in November this year, Southampton City Council (SCC) has the following target for offices (2006 – 2026):

Whilst the figures above only provide a snapshot of the first 8 months of 2014, and permitted development rights are due to end in May 2016, potentially reducing the future loss of office accommodation, it seems unlikely that SCC’s figures will be met. The projected figure of 1,776,103 sq ft (165,000 sq m) of new build in the next 12 years seems particularly ambitious when demand and take-up in Southampton have remained subdued, whilst other areas particularly London and the Thames Valley have seen a definite improvement in the current economic climate.

The South Coast/Southampton office market has always tended to lag 2-3 years behind London and the Thames Valley, and there are a number of lease events coming up for larger occupiers in the area who may now consider ‘trading up’. With the lack of Grade A space, and an even greater lack of consented office sites there will be few competing opportunities for these occupiers to consider -a capable developer with a well located site could therefore find themselves in a very good position.

And what of the residential market?

Surely people can remember that it was only in 2007/8 that city centre flats in Southampton were one of the most toxic markets going, with developers unable to offload completed schemes, whilst other undeveloped sites were sold at massively discounted prices. By their very nature, office conversions produce apartments – as can be seen in the table, of the 237 units applied for, all but one of these were for apartments, with the vast majority of the units being either studios or one bedroom units. With banks and building societies tightening mortgage lending criteria and the possibility that Help to Buy might be suspended as the economy improves, it may not take much for this particular sector of the residential market to go into reverse.