The End of the Full Repairing Lease? 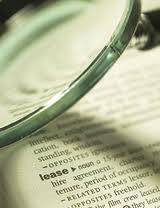 It appears that the days of the full repairing and insuring lease for 25 years with five yearly reviews are now a thing of the past. Evidence suggests that the average lease length of commercial properties has now decreased to just over four years.  The reason behind this is partly due tenants requiring greater flexibility to allow for greater scope for negotiation with the landlord and or in searching for alternative premises.

The greater flexibility now desired by tenants can pose problems for landlords. They could incur additional costs, that previously would have been the responsibility of the tenant. For example in service charge disputes, if substantial works are required to the building and the tenant refuses to contribute to the cost. If the tenant is approaching a lease expiry or break clause, the landlord is in the weak bargaining position where the tenant could serve notice to vacate in the event that they force them to contribute towards the cost of the works, regardless of what is stated in the lease.

If the landlord takes a tough stance with the tenant they take the risk of the creating a larger problem of a loss of rental income and the associated costs of having a property vacant having a vacant office floor on its hands.  In this example the tenant has a strong bargaining position in manipulating the situation to their advantage.

Under current market conditions, it is highly likely that a tenant would succeed in forcing a landlord to meet all or part of what would have ordinarily been the tenant’s liability.  The risks of having the tenant break the lease and having to seek a further tenant while the business rating liability kicks in after three months are too high for many landlords.

If a reserve fund or sinking fund had been established, this problem would not have been created. As regular sums would already have been paid by the tenant to cover such an eventuality. However, tenants are reluctant to contribute to reserve or sinking funds; partly as a result of committing to shorter leases.

Prior to the trend of shorter leases, changes in case law was placing pressure on landlords to pay for works at their buildings.

For example in Fluor Daniel Properties Limited and others v Shortlands Investments Limited (2001) it was established that a landlord cannot recover improvements when the premises or facilities in question are in proper working order. In this case, the landlord of a commercial block equipped with an air-conditioning system failed to convince the court that its demand for £2m under the service charge to recover expenditure on upgrading this system was justified, shortly before the tenants’ leases expired.

Despite the leases stating that the tenants pay towards the cost of repair and replacement of plant and equipment, the landlord was ordered by the judge to contribute towards the costs.

This was as a result of the judge ruling that the air-conditioning system was not in disrepair and did not need replacing.  The judge also held that as the tenants’ lease were approaching expiry, it should be taken into consideration and they would be paying for work that they would not benefit from.

As a result of this case Landlords have had to take a more pragmatic approach to works, even  if the leases do not state that they should have to pay towards any repair or replacement works.

This and other cases have led to the power of the full repairing and insuring lease being  worn away, where the landlords was able to relax and simply collect the rents and deal with any works required through the service charge.