Hellier Langston were initially instructed in 2004 to advise in connection with an Enforcement Notice served by Havant Borough Council as a result of increased lorry movements. 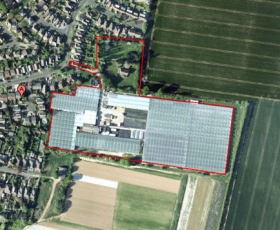 Hellier Langston were initially instructed in 2004 to advise in connection with an Enforcement Notice served by Havant Borough Council as a result of increased lorry movements.

The land, which extended to approximately 11 acres, had been used since 1963 as a flower distribution/growing centre which included importing flowers from Europe. The pattern of deliveries was dictated by suppliers and this created a significant change in traffic movement in the 1990s.

This Enforcement Notice had a major effect on the viability of the business and we were therefore instructed to consider the potential for a residential redevelopment of the site which was in a predominantly residential area but adjoining farm land to the east.

The Client did not have the finances required to obtain planning permission for what was obviously going to be a contentious and lengthy project and our advice was to enter into a Promotion Agreement with a third party.

After a period of consultations with interested parties in early 2007 a contract was entered into with the Generator Group LLP to be that partner.

Generator then embarked on assembling a professional team of consultants, including planners, highway engineers, ecologists and architects as well as ourselves.

Although all parties accepted that it would be a long and uphill struggle to achieve a satisfactory result Government policy on development was changing with the increased demand for housing in the South East.

Havant Borough Council were under pressure to provide a further 6,301 new homes before 2026 and this site was eventually included as “allocated land” within the Local Development Framework. 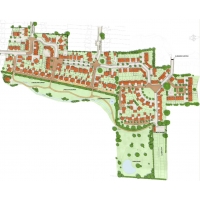 This was only the first hurdle !

There were objections from local residents mainly concerning the impact of extra traffic on local roads. As part of the planning application it was proposed that the purchasers of the site would pay for the construction of a much needed footbridge over the railway at Warblington.

After much consultation with officers, councillors and the public which included a public exhibition a detailed planning application was submitted in late 2012 for 100 houses of which 35 would be “affordable”.

This continued to be a long and arduous journey but eventually planning permission was granted in April 2013.

An onward sale of the site had been agreed with Barratt and this sale completed in June bringing to a very satisfactory conclusion our 9 year involvement with the property.

You are here: Case studies