The tenants of the Pavilion Tearoom instructed Hellier Langston to assist them with their rent review negotiations. The tenants let the building that houses the tea rooms from the owner and it is a place in which they have built a well-known and thriving business. 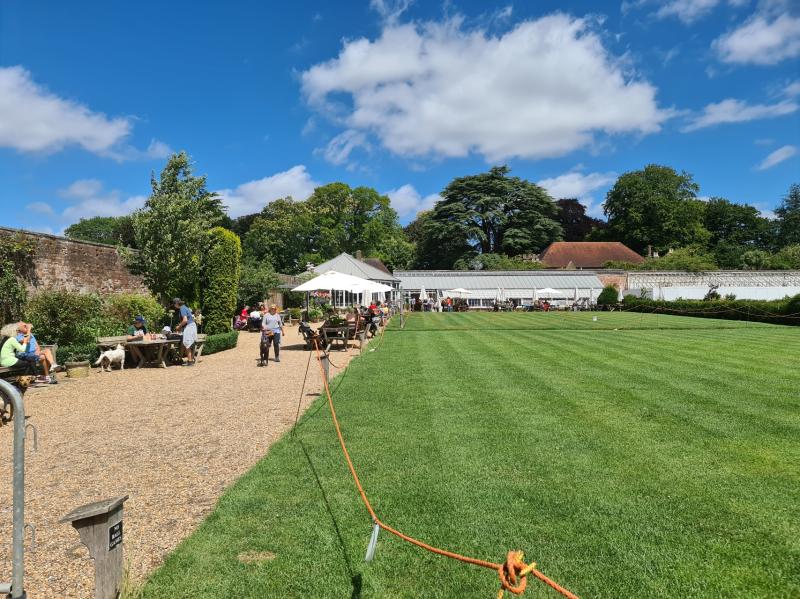 The Pavilion Tearoom is situated within the grounds of Stansted Park on the Hampshire and West Sussex border. The Tearoom offers freshly ground coffee, breakfasts, light lunches and a delicious selection of cakes to visitors all year round.

The Pavilion Tearoom and Vine House (which are cleverly linked to provide more space) both enjoy a wonderful outlook over The Walled Garden, making it a wonderful setting for family and friends to gather.

The current tenants have been running the Tearoom for 20 years. It is a well-known eaterie, popular with locals and visitors alike.

The tenants of the Pavilion Tearoom needed assistance with their rent review negotiations. Hellier Langston were instructed to undertake this work on their behalf. The tenants let the building that houses the tea rooms from the owner and it is a place in which they have built a well-known and thriving business.

From the outset there were several issues to consider. While the landlord wanted the successful nature of the business to be considered in the negotiations and reflected in the rent, the lease deemed that the property had to be valued subject to vacant possession and on a hypothetical term of ten years.

For the purposes of the review, any goodwill had to be disregarded, as well as the tenant’s occupation and any fixtures and fittings.

The lease is also contracted outside the protection of the Landlord and Tenant Act, meaning that our client had no ‘right to renew’ at the expiry of the current term.

This created a unique situation as the client was keen to invest in their thriving business but was reluctant to do so with the uncertainty at lease end.

After consideration of the respective positions it was decided between the parties that a re-gear of the existing lease may be to everyone’s benefit.

However, there were several issues to overcome before this could be agreed. There is a small building to the rear of the tearoom which sits outside the current lease agreement; as it had been occupied by our client for several years, there was a chance they had obtained rights to occupy under the Act.

Given the age and nature of the property, the responsibilities for repair etc also had to be agreed as well the structure of how the property was rentalised and agreement on the changes/investments that the tenant wished to make to the property, which they believed could again have benefit to both parties.

After a good deal of negotiation and some compromise, the lease was re-geared to the satisfaction of both parties, allowing the tenant to invest in their business in the knowledge that they had the term they required secured.

The landlord also was able to secure the tenancy of one of the most popular tea rooms on the South Coast, which continues to drive visitor numbers to Stansted Park.

Hellier Langston were pleased to play their part, which started out as a rent review negotiation and turned into a complex lease re-gear with various issues and hurdles that needed to be overcome before both parties could be confident that it was the best way to proceed.

You are here: Case studies